Last week, the EU has published its strategy for the energy system of the future and clean hydrogen. A key conclusion is that becoming climate neutral by 2050 is considered impossible when using the current energy system model. The primary bottleneck lies in the fact that this system is essentially still working in ‘Silos’ for Transport, Industry, Gas and Buildings. Continuing this path will not allow the EU to achieve its goal. However, they also recognise ways forward. By linking all these sectors to each other through the adoption and integration of emerging sustainable technologies, the entire energy system can operate in a more efficient and cost-effective way. Realising an integrated energy system means for example that electric vehicles are charged by using solar energy and buildings are heated using the heat of nearby factories, which is fuelled by hydrogen generated from offshore wind parks.

Moving forward, the EU has formulated its strategy in three main pillars:

Identifying concrete action to apply the ‘energy efficiency first’ principle, which aims to look at the use of local energy sources more effectively. For example, the reuse of waste-heat from factories or data centres to heat buildings.

Sectors such as transport can electrify their operations by using electric vehicles instead of internal combustion engines. Also, building can be heated using heat pumps.

Not all sectors are easy to electrify, therefore, the strategy promotes the use of clean fuels such as hydrogen and sustainable biofuels and biogas

Hydrogen still needs to be produced for the use in applications where electrification is not suitable. There are mainly three forms of hydrogen: grey hydrogen (produces from fossil fuels), blue hydrogen (made from natural gas using steam reforming whilst capturing most of the CO2) and green hydrogen (produced through electrolysis using mainly wind and solar energy). While producing green hydrogen has the priority, the production of blue hydrogen and other low-carbon hydrogen sources on the short term could support the development of a viable market.

The transition will require a phased approach: 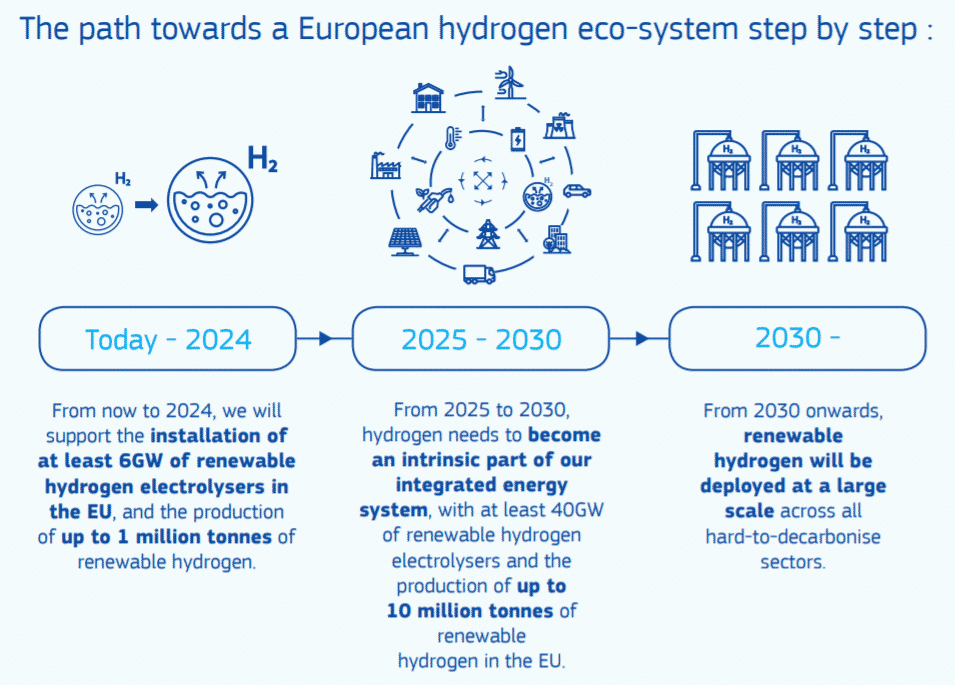 The EU highlights the key areas of attention in each phase as follows:

The EU’s supporting investment agenda and how they aim to achieve above are elaborated on in the full report. Download and read the full report here: 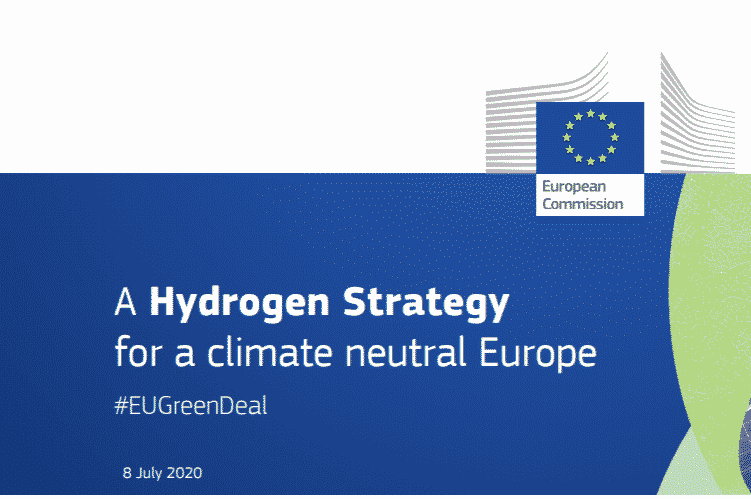